New Jersey played a crucial role in the American Revolution
​
​Positioned between the nation's capital in Philadelphia, Pa. and the British stronghold in New York City, no place in New Jersey was spared the ravages of war. The New Jersey American Revolution Geo Trail locations are a sampling of historic sites across New Jersey. Start  your journey to see these
and many other historic locations waiting to be explored.

The New Jersey American Revolution Geo Trail is a heritage tourism journey to adventure and discovery. Not only New Jersey's history, but many historical accounts which led up to the founding of a new nation, the United States of America.  You’ll learn about the endurance and perseverance of the these brave American patriots and the critical role New Jersey played throughout the
​War for Independence.

​A heritage adventure of discovery

This journey will connect you with history, people, and places to give you an appreciation of the  endurance of the American spirit. Patriots who fought for liberty and made our freedom possible, and what they endured to achieve the building of a new nation.

This historical experience will have you travel back into colonial times as you walk in the footsteps of many famous figures that occupied this region, Washington, Hamilton, Franklin, Lafayette, and many more.​ See where the Continental and British Soldiers fought on the road to our independence.

How to Start the Adventure 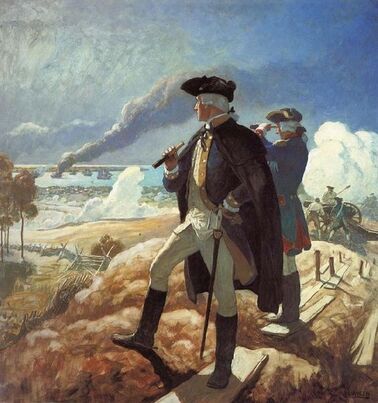 With using your "GPS" downloads or your smart phone you will be able to visit the New Jersey American Revolutionary Geo Trail geocache locations.

​All the program geocaches are profiled and linked in the "Destinations tab" on this website, along with an "Interactive Map" showcasing the Geo Trail locations across New Jersey.
​

Why ​New Jersey is called the
Crossroads of the American Revolution? 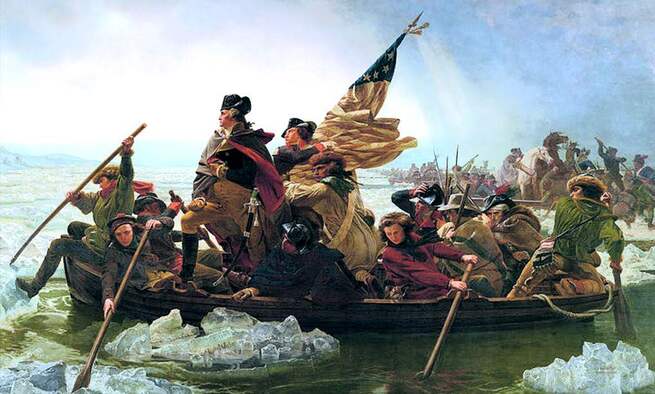 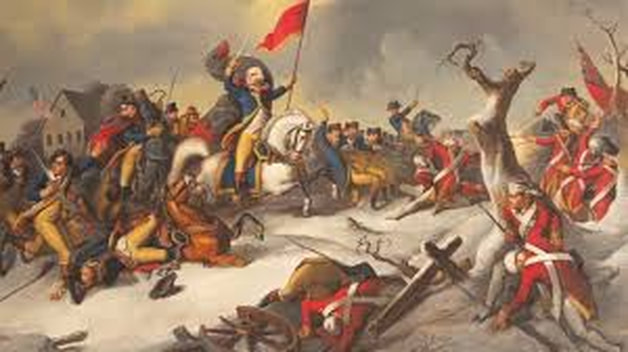 Thank you to our partner Crossroads of the American Revolution, established by the U.S. Congress in 2006, Crossroads of the American Revolution National Heritage Area promotes a greater understanding of Revolutionary-era historical sites and landscapes in New Jersey. Working with partners throughout the state, connects the people and places of New Jersey’s rich Revolutionary heritage to inspire community pride, stewardship and civic engagement. For more information, visit:  Link
​George Washington's Mount Vernon video
​
"Washingtons bold actions and stunning victories at Trenton and Princeton not only revives patriot morale but quite simple saved the American Revolution at it's bleakest hour".

Congress created the Continental Army on June 14, 1775, and John Adams nominated George Washington to serve as the army's Commander-in-Chief. While there were over 230 skirmishes and battles fought during the American Revolution, these are the battles where General Washington personally secured his legacy as "First in War." Learn more about the Revolutionary War:
www.mountvernon.org

​George Washington spent more time in New Jersey than anywhere else during the Revolutionary War. Many of the locations where the Continental Army marched, encamped, and fought battles are still here to be explored. 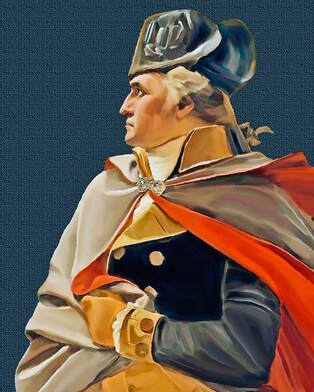 “…the constitution is the guide, which I will never abandon.” George Washington to The Boston Selectmen, July 28, 1795

We appreciate all our New Jersey
​ Program Partners

​When you visit many of the historic locations across New Jersey, please take note and appreciate our partners' dedication that preserves this American history.
​Please support their continued research, preservation, restoration, and acquisitions. These organizations provide much needed public education that would be lost without their efforts at these historic sites you will be visiting.  Please visit their websites at the program partner section for information.

What is geocaching?
​
Geocaching is a worldwide scavenger hunt, where participants use GPS receivers or smart phone apps to find cleverly hidden containers called geocaches. Geocaching is not merely about hunting down caches but is a bridge between the world of technology and the outdoors. It provides participants a fun way to explore and appreciate the world around them, from scenic vistas, to historic structures. Find out more about how to get started geocaching by visiting the

​The first 100 participants who complete the Geo Trail passport requirements will receive a custom geocoin.

You ​must follow the program rules under the Passport tab. 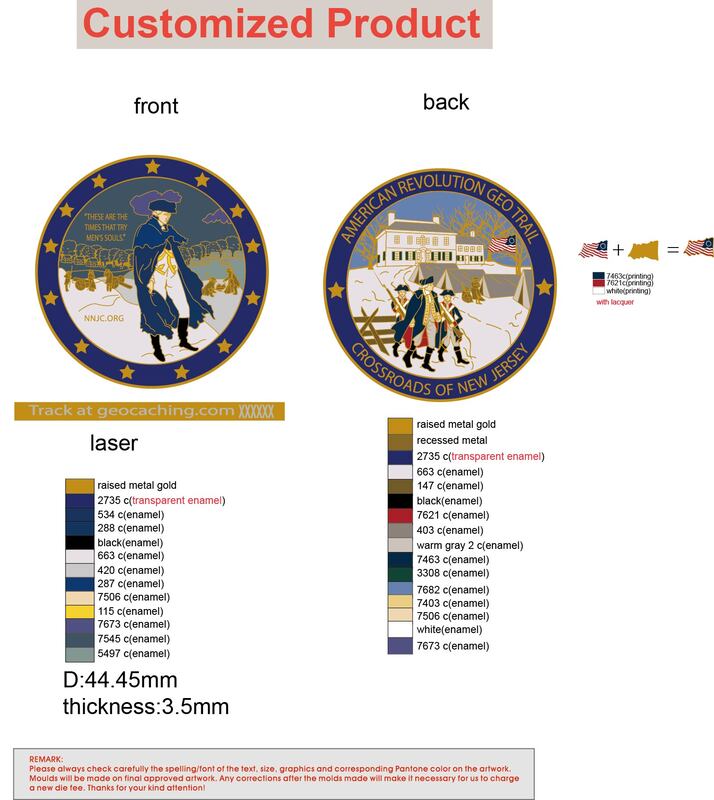 "All men are created equal and have the right to life, liberty, and the pursuit of happiness." Thomas Jefferson, In the Declaration of Independence, July 4, 1776

"I only regret that I have but one life to lose for my country." Nathan Hale, before being hanged by the British, September 1776
​
"I know not what course others may take, but as for me, give me liberty or give me death!" Patrick Henry, speech in the Virginia Convention, 1775

"Theses are the times that try men's souls. The summer soldier and the sunshine patriot will, in this crisis, shrink from the service of their country; but he that stands for it now, deserves the love and thanks of man and woman." ― Thomas Paine, The American Crisis

American artist Harrington G. Fitzgerald (1847-1930) painted this version of General George Washington’s famous 1776 crossing of the Delaware River about 100 years after the Revolutionary War. Instead of showing the actual crossing of the Delaware, Fitzgerald shows the Continental Army soldiers on the New Jersey side of the river as they regroup and prepare to march on Trenton. Fitzgerald spent much of his life working for a family-owned newspaper, but he found relief from the stresses of his professional life in painting. He studied painting under several notable American artists, including Thomas Eakins and John Singer Sargent. Fitzgerald is best known for his works depicting the landscape of Valley Forge. 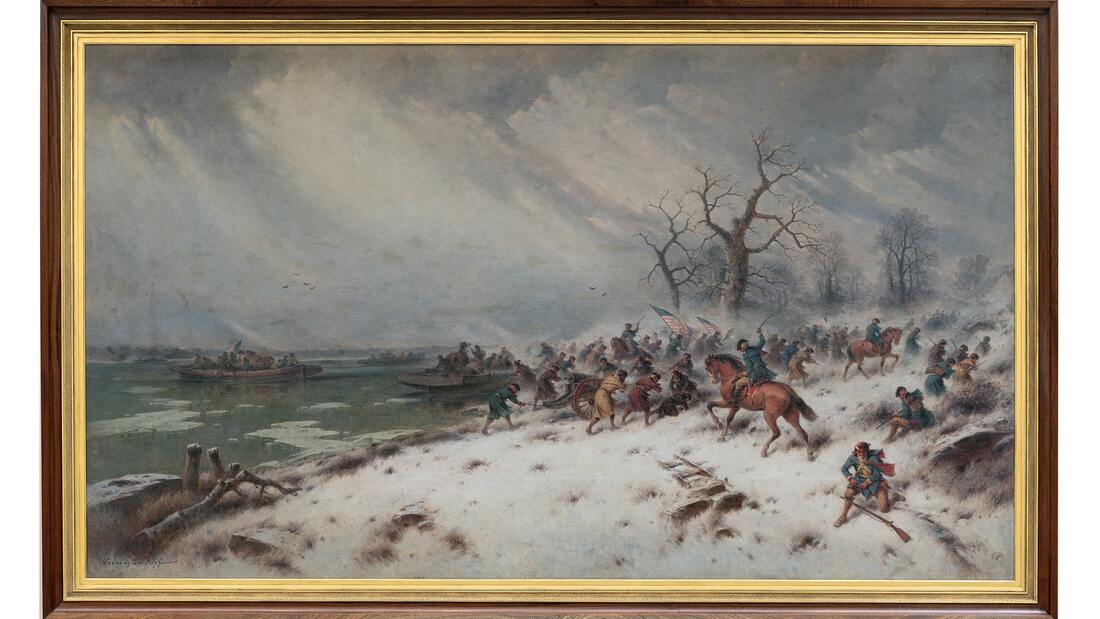