Launched 10/24/20 at The Dey Mansion.
​This historic house museum once served as General George Washington’s headquarters during the summer and fall of 1780, and played a significant role in the American Revolution. link 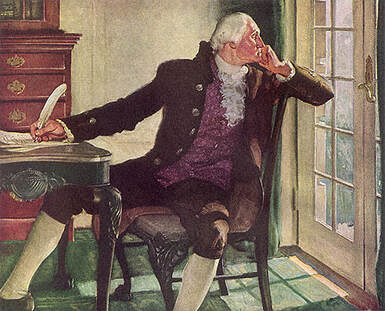 "Many Americans know remarkably little about the actual circumstances of the country’s birth. America's founding is celebrated every July 4th, but history is lost to generations as to why we celebrate and what our forefather Patriots actually went through for our liberty and independence.  These American Patriots fought for liberty against the British monarchy's tyranny and abuses for basic rights, which can be seen in many places throughout New Jersey.

​The New Jersey American Revolution Geo Trail which I have been developing for years, will showcase many historic places across New Jersey,  you will travel back in time as you experience this important history".

The American Revolution Geo~Trail Adventure: Stretching throughout New Jersey with special geocaches hidden at over 76 historic locations. All sites have a connection to important Revolutionary War heritage and the fight for independence. After you find the geocache, record the secret code in this passport which you will print from this website.  The first 100 people who find and record 50* geocaches will receive a beautiful, limited edition commemorative  geocoin, see rules. 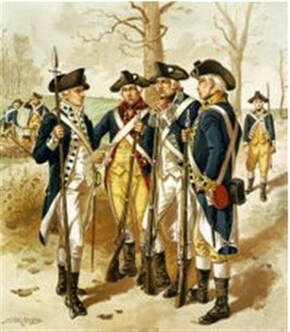 ﻿MISSION STATEMENT
Northern New Jersey Cachers (NNJC.org) is a non-profit geocaching organization. NNJC is one of the most respected geocaching organizations in the country. The purpose of our organization is to promote, communicate, and provide general information about the growing sport of geocaching in New Jersey.  NNJC host's many events throughout the year from Geo-101 introduction to hikes and picnics, including hosting the annual fall Mega event. We have other subsidiary accounts that provide many different programs, Metro Mega, New Jersey Geocaching, and the American Revolution.

Our Geo Trail Mission of Discovery: To promote Revolutionary War education and the historical legacy associated with many of the New Jersey locations. Discover a Country divided where Loyalist and Patriots lived, the British Army and Continental Armies fought battles, and where
​ George Washington and his army encamped.

GOALS AND OBJECTIVES
Our club goals and objectives are to promote geocaching through public education and develop and maintain new and current partnerships with Land Managers. Including The National Park Service, New Jersey State Parks, Counties, Townships and many non-profit organizations. We look to build and develop a strong sense of NNJC community, teamwork, communications with both members and land managers.  Develop and present a quality geocaching experience for the geocaching community.
INFORMATION LINK 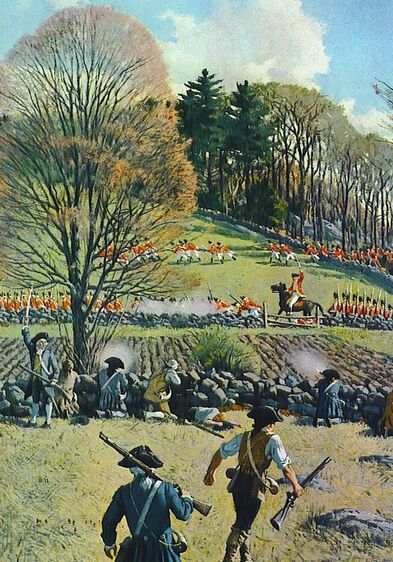 The New Jersey American Revolution Geo Trail will showcase many historic places across New Jersey waiting to be explored and will bring American history alive.

​Travel and explore 76 historic locations from the cliffs of Fort Lee to the Atlantic Highlands to the Delaware River. Along your journey you will see where major battles took place at Short Hills, Monmouth and Princeton. Follow the route that led Washington to capture the Hessians in Trenton.

During your adventure you will walk in the footsteps of British and Continental soldiers, see where Tories disrupted the cause for freedom, and where Patriots fought for independence.
​
​ We are awarding 100 limited commemorative New Jersey American Revolution Geocoins to the first 100 geocachers who complete the historic Geo trail and follow the rules and requirements outlined in the “PASSPORT.”​

Did You Know?
​New Jersey had more clashes than any of the other colonies. 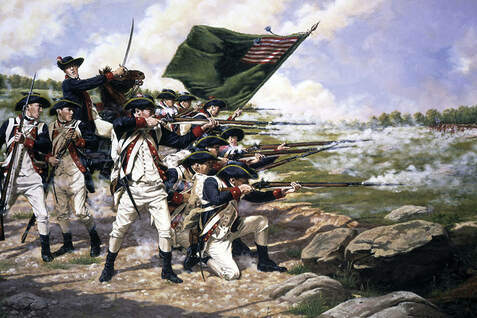 ​There were five signers of the Declaration of Independence from New Jersey. 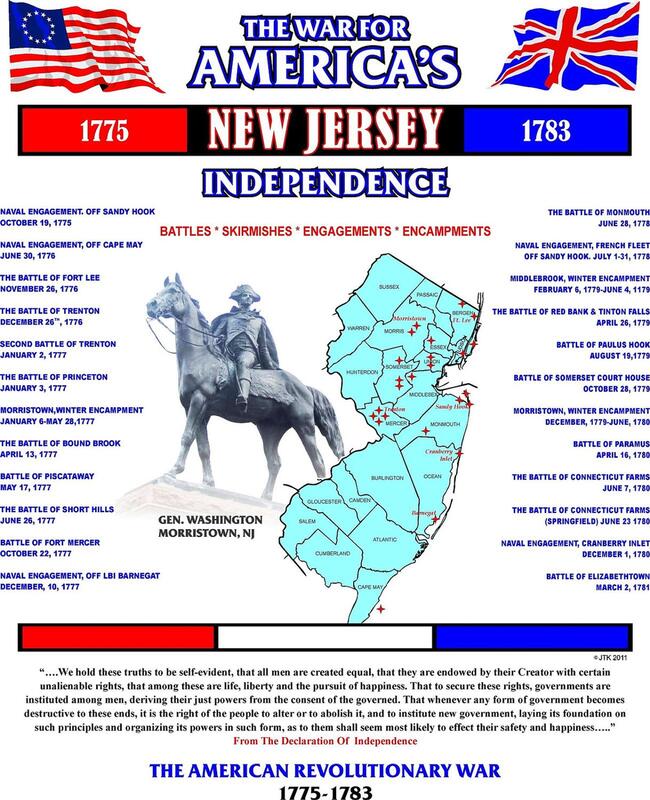 The Winter Patriots explores one of the darkest moments of the American Revolution and how the Continental Army, under the command of General George Washington, was able to save the cause of independence through one brilliant military campaign at the end of 1776 and the beginning of 1777. Follow Washington’s forces as they cross the icy Delaware River on their way to their surprise victory at the Battle of Trenton.

​Watch as Washington crosses the river once more and fights the British and Hessians on the Assunpink Creek and at the Battle of Princeton. The Winter Patriots is the second animated feature presentation produced by Wide Awake Films and George Washington’s Mount Vernon – the home of General George Washington. Visit Mountvernon.org to learn more.
Please visit George Washington's Mount Vernon website for lots of information, become a member and support this important ​organization.
link​
New Jersey Prepares for Americas 250th anniversary
​NJTVNews.org

A note from the Geo Trail founder 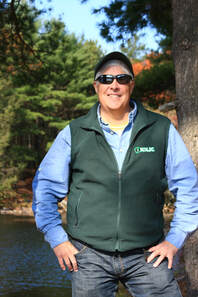 "Developing the New Jersey American Revolution Geo Trail has taken me on an amazing journey of adventure and discovery.

​This journey was a rewarding experience of walking through history and meeting many wonderful and dedicated people who are stewards of preserving our history. Including Crossroads of the American Revolution Association, The National Park Service,  NJ Department of Parks and Forestry, and many counties and non profit organizations.

This multi-year project took me from the cliffs of Fort Lee where Washington escaped the British, to the site of Washington's Christmas Eve crossing. Along the way I explored battlefields, historic houses including some where Washington made his Headquarters, as well as many old church graveyards. ​There are so many forgotten historic locations that we all drive by every day to be discovered. You can't travel throughout the state without passing an historic house or important location that connects to the founding of the United States.  ​

The New Jersey American Revolution Geo Trail journey will give you the opportunity to travel back in time and discover many locations.  You will even find yourself walking in the footsteps of Loyalists faithful to Great Britain who opposed the Revolution. Most important,   see where the brave Patriots fought tyranny for our freedom and the founding of these United States."
​
John Neale ~ SAR, "Old Navy", President NNJC.org, founder of The NJ American Revolution Geo Trail and njpatriots.org. 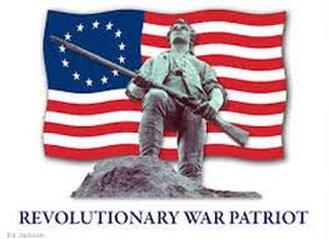 Are you a descendant of a Revolutionary War Patriot?

Start your own journey to discover if you have any ancestor Patriots.

The Revolutionary War began on April 19, 1775 in Lexington, Massachusetts. Men between the ages of 16 and 60 may have served sometime during the war in either the Continental Army, State Line Troops, or local militia mustered to help the Continental Troops. Those who supported the rebellion may be mentioned in records as a rebel or patriot. Loyalists or Tories were those who opposed the rebellion.

Ancestry.com is a good place to start. When you research the Revolutionary War period (1775-1783), look for direct ancestors born between 1710 and 1765 who were living in​ 1775-1776.
​Anyone meeting these criteria might be a Revolutionary War patriot ancestor.